Increase in mortgage lending by mutuals sustained in November 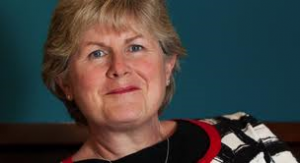 Net mortgage lending (gross lending minus repayments) by mutuals was £0.6 billion in November 2012. In the first eleven months of 2012 net lending by mutuals amounted to £6.2 billion, out of £7.2 billion across the market as a whole over this period.

“Mortgage lending by building societies and other mutuals increased substantially in 2012 based on the data we have published today for the first 11 months of the year. Mutual lenders accounted for a greater share of total gross lending in this period than over the equivalent period in 2011, showing that the sector has stepped up to the plate and supported many of those looking to purchase a home.

“Importantly, this new lending has been broadly spread, including many first-time buyers and borrowers with lower levels of deposit. In the first eleven months of 2012, over 61,000 loans were made by mutuals to help people buy their first home, compared to 36,000 in the same period a year earlier.

“Mutual lenders continue to offer some of the most competitive mortgages available on the market. The average mortgage rate available on new loans from the sector was 4.09% in November, well under the 4.32% average on offer across the market as a whole[5].

“Savings balances held with mutuals also increased in November. We will see in coming months whether this is the start of a trend. Historically we often see withdrawals from savings accounts following the festive period as consumers pay off Christmas debts.”