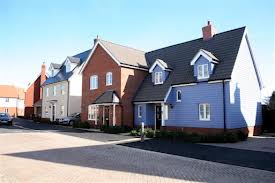 Bellway Homes has reported an increase in the average sale price to £195,800. The housebuilder has seen a 6% increase in its rate of reservations over the autumn period.

In a statement to the city, the firm said it had achieved an average of 100 reservations a week, in the period between 1 August and 30 November, which equates to an increase of 6% for the same period in the previous year.

It said customers ability to access mortgages at higher loan to value ratios had improved slightly as a result of the government’s NewBuy scheme. The firm said NewBuy mortgages accounted for 10% of reservations taken in the period.