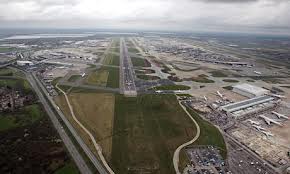 The plans include the completion of Terminal 2 and the start of extending the building.

There will also be new taxiways and stands built to improve capacity for the bigger Airbus A380s aircraft.

Construction of a new integrated baggage system is also planned.  Over the past 10 years Heathrow has invested £11bn in the airport, including the new Terminal 5, a new Terminal 2 due to open in 2014, new baggage tunnels, and the refurbishment of Terminals 3 & 4.

Heathrow will open the new Terminal 2 in 2014. The subsequent move of airlines into the new terminal allows the closure of Terminal 1 in 2016. By 2019 work will already have started on extending Terminal 2.

The airport’s business plan for Q6 – the regulatory period which covers 2014-2019 – lists numerous priority areas, including more self-service check-in kiosks and new self-service bag drops. Traveller information systems will be improved and free wi-fi installed. More staff will be trained in customer service. And there will be more commercial development in ‘premium’ retail and lounges.

Chief executive Colin Matthews said: “Heathrow is the UK’s only hub airport and a strategically important national infrastructure asset. Heathrow faces stiff competition from other European hubs and we must continue to improve the service we offers passengers and airlines. We have invested billions of pounds in new facilities such as Terminal 5 in recent years and passengers say they have noticed the difference. Our plan for a further £3bn of private-sector investment will further improve the airport for passengers. The plan represents good value for money for airlines and passengers and comes at no cost to taxpayers.”