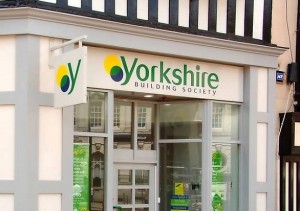 Yorkshire Building Society has today announced a solid financial performance for 2012 as it continues to build on the trust and loyalty of its customers.

The UK’s second-largest building society has achieved a further strengthening of its capital position and delivered strong profitability, with core operating profits of £137m and profit before tax of £157m. It has increased new lending and attracted more savers while continuing to deliver financial security and long-term value to its 3.5m members.

The Society – the UK’s ninth largest high street financial services provider1 – has today outlined plans to invest £160m in a five-year programme to improve products and services to its members as well as enhancing back-office systems, technology and people development.

The investment represents the next phase in the Society’s growth following an active period of mergers and acquisitions which have been completed over the past four years.

Continued growth as a trusted alternative to the major UK banks:

Commenting on the results, Yorkshire Building Society Chief Executive Chris Pilling said:
“I am delighted with the whole Group’s solid performance in my first full year as Chief Executive.
I pay tribute to my hugely committed and talented colleagues for ensuring that we continue to provide the excellent service and value that our members expect from us.

“In 2008, the Yorkshire reported that it was well placed to emerge stronger from the economic crisis that was developing.

“Our latest financial results show that this is exactly what we have done – our core operating profit remains very strong and gives the Group the opportunity to invest significantly as we balance profits with delivering value to our customers.

“We are now embarking on another important phase in our growth. After completing a series of mergers and acquisitions we entered a period of integration while continuing to grow our business. Having consolidated that position, we are now investing in making the most of our expanded capability to enhance our products and breadth of services.

“The £160m we will invest over the next five years, including £60m in 2013, will improve our back-office infrastructure and staff development and enable us to meet customers’ needs more quickly and robustly.

“Ultimately, this investment will support our commitment to our members and further contrast the Yorkshire with the many financial services providers which have scaled back lending, closed branches or walked away from providing face-to-face financial advice.

“These remain tough times for borrowers and, in particular, savers who have to contend with record-low interest rates. We remain committed to serving both of these parts of our membership, with a focus on their immediate priorities and our desire to provide long-term, reliable value.

“In the past few years, the financial sector has been undermined by a series of incredibly serious errors of judgement by the big banks which have left customers questioning who they do business with.

“As a mutual building society, answerable to our members and not external shareholders, we can be proud that we work to a different set of values which have trust at the core. Our values, combined with our continued financial strength, mean we are investing in the future with confidence.”

1 Position based on number of branches and agencies. Source: Data collated by CACI, July to December 2012.