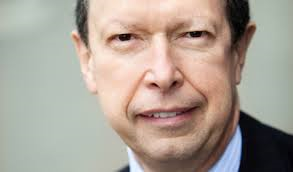 Net mortgage lending (gross lending minus repayments) by mutuals was £6.5 billion in 2012, out of the £7.4 billion total net lending in the UK in the year. Net lending by mutuals in December was £0.4 billion.

“Mutuals performed strongly in the mortgage market throughout 2012, demonstrating their commitment to those wishing to buy a home. Mutuals accounted for 22% of total gross lending in the year, far above their share of outstanding loans. Mutual lenders such as building societies are likely to continue to play a prominent role in the mortgage market in 2013, helped in part by the Bank of England’s Funding for Lending Scheme. Well over half of the 35 firms signed up to the scheme in December are mutuals. The full potential of the scheme and its benefits to homebuyers will be demonstrated as the year progresses.

“Savings balances at mutuals increased by £2.7 billion in 2012, though savers face a difficult environment in the year ahead. Mutuals take care to balance the needs of both their savers and borrowers, but this can be challenging when economic policy is designed to encourage spending and discourage saving in order to stimulate economic growth.  Consumer price inflation has also remained resolutely above the target rate of 2.0%, and ahead of the rate of growth in household incomes, putting strain on household budgets.